Steven Lee Peters, 62, of Waverly, Ohio passed away Sunday, May 3, 2020 at his home.  He was born December 2, 1957 in Chillicothe, Ohio to the late Gerald “Buzz” Peters and Joyce Colleen Cunningham Peters of Chillicothe.  On May 31, 1980 he was united in marriage to Jamie Ward Peters who survives.  Also surviving are a son, Steven Shane Peters of Bucyrus, Ohio; two daughters, Stacie Porter and husband Shawn of Chillicothe and Steffie Eversole and husband Joel of Chillicothe; four grandchildren, Dane and Liam Peters, Colleen Porter and Brooks Eversole; sisters, Debbie Graham and husband Dave of Wellston, Ohio and Cindy Benner and husband Scott of Rock Hill, South Carolina; a brother, Jerry Peters and wife Dawn of Circleville, Ohio; Dake Painter who lovingly referred to Steve as papaw.  Steve was also loved by his in-laws, Jim and Esther Ward of Waverly, cousins, nieces, nephews and many other family members.

Steve retired from the VA Medical Center in Chillicothe.  He was Commander of American Legion Post #142 and proudly served his country in the United States Marines.  He loved fishing at Lake Erie and was an avid Ohio State, Cleveland Browns and Nascar fan. His witty humor and one liners will be missed by all who knew him including his friends from the American Legion, Chillicothe, Waverly and Lake Erie.

A memorial service for Steve will be held at the American Legion Post #142 at a later date.

Arrangements are in the care of Botkin Hornback Funeral Home in Waverly. 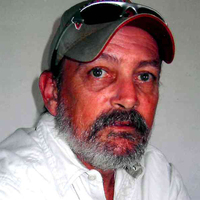