Shirley Ann Blanton, 82, of Lucasville, Ohio passed away on Tuesday, April 28, 2020 at Southern Ohio Medical Center Hospice in Portsmouth, Ohio.  She was born September 15, 1937 in Henley, Ohio to the late William Albert Euton and Hazel Emma Thompson Euton.  On December 17, 1955 she was united in marriage to Ray E. Blanton who preceded her in death on November 12, 1989.  Surviving are many loving nieces and nephews.  In addition to her parents and husband she was preceded in death by three brothers; Arthur Euton, Carol Euton and Carl Euton and six sisters; Gladys Burnett, Golda Higgins, Rosemary Baker, Geneva Thompson, Thelma Tribby and Alma Hoffer.

Shirley was an avid bingo player and a caregiver to all who knew her.

A memorial service will be held at a later date.  Arrangements are in the care of the Botkin Hornback Funeral Home in Otway 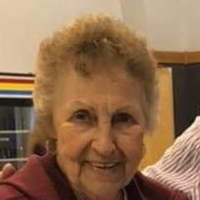