Arthur was born in Otway, Ohio on June 22, 1938 to the late Lewis Arthur Davis and Ivy Ruth Jackson Davis.

In addition to his parents, he was preceded in death by his sister, Ruthanna, his infant daughter, and his wife, Lela Hornsby Davis.

Arthur served in the United States Air Force. He also was an avid puzzler, enjoying jigsaws, crosswords, Sudoku, and Hangaroo. He passionately rooted for his beloved Ohio State Buckeyes football and basketball teams. He loved keeping busy working in his yard and those of anyone whom needed his assistance.

A graveside celebration of life will be held for immediate family at Berea Chapel Cemetery. Arrangements are under the direction of the Botkin Hornback Funeral Home in Otway. 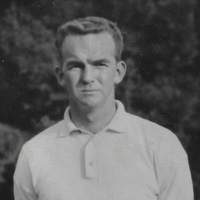