James Richard Mustard, 85, of Piketon, Ohio passed away Monday, April 13, 2020 at the Pavilion at Piketon.  He was born November, 23, 1934 in Pike County, Ohio to the late James Roy Mustard and Lenora Alice Williams Mustard.  On April 18, 1959 he was united in marriage to Barbara Nell Taylor Mustard who preceded him in death on May 5, 2015.  He is survived by daughters, Penny Lent and husband Bob of Chillicothe, Ohio, Rebecca Campbell and husband Norm of Wheelersburg, Ohio, and Lisa Scowden and Edward Blackburn of Peebles, Ohio; a son, Randy Mustard and wife Angie of Latham, Ohio; a brother, Luther Mustard and wife Linda of Piketon, Ohio; and numerous grandchildren and great-grandchildren.  In addition to his parents and wife he was preceded in death by brothers, Golden, Glendale, Otis, Ernest, Leon and Ottie Mustard; and sisters, Golda Hart, Dorothy Nelson, Corda Williams and Irene Smith.

James worked for the Ohio Department of Transportation and retired after 22 years.

A graveside service will be held at 1:00 p.m. Wednesday, April 15, 2020 at Gardner Cemetery with Pastor John Huffman officiating.  Arrangements are under the direction of Botkin Hornback Funeral Home in Waverly. 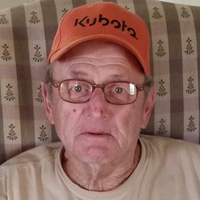