Eugene S. Enz, Jr., 81 of Otway left this earth on Monday, March 30, 2020 at Southern Ohio Medical Center.  He said he was going to go face God face to face.  He was born on February 26, 1939 to the late Eugene and Maude Carla (Pendelton) Enz in New Boston, Ohio.  On August 2, 1958 he married Sandra K. Hamilton.  He is survived by his children; Brian (Jackie) Enz, Micah (Mary) Enz, Valerie K. Enz, Eric (Michelle) Enz and Chris (Alyssa) Enz; a brother, Ernest Enz; Nine grandchildren and 15 great grandchildren.  He was preceded in death by one grandson Trevor Anderson Enz and his sister, Romana Enz Mason.

Gene was a graduate of Rarden High School where he was president of his senior class and served four years as captain of the basketball team.  During his senior year he received first team all-county honors.  He played on the All Star Team.  While in high school he also played on the baseball team, which he helped organize and won championships playing in the Scioto Valley League.  He cut trees from his father’s woods for back stop.  He worked at the A-Plant for seven years after high school.  Eugene was a trustee and superintendent at the Otway Church of Christ for 14 years where he was a teacher, a song leader and did maintenance. For approximately the last 15 years he attended Sciotoville Christian Church.  He loved studying God’s word and had a deep love of the Lord.  To hear him tell of the blessings in his life, you would understand his zeal for the Lord.

Gene was also a licensed basketball official for the State of Ohio and was a manager of Little League teams.  He worked for the National American General and Kentucky Central Insurance companies where he became a sales manager with all 3 companies.  In 1968 in Dayton, Ohio he won The Sales Talk Championship in the Dale Carnage Sales Class.  He was the WSAZ Hometown Hero 2001.  During the early 70’s Gene and Kay owned the Old Foster Building in Otway where they started a pizza shop and a hangout mostly for the kids to hang out after school or even wait on their parents after sporting events.  In 1999 he retired from OPER Engineering Local 18 and spent his retirement on Windy Pine Farms doing the things he loved including building, farming and raising cattle.

There will be no visitation at this time with a celebration of life at a later date.

Arrangements are under the direction of the Botkin Hornback Funeral Home in Otway. 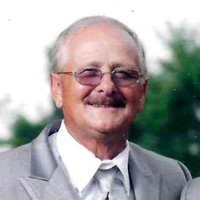