Cathy Gayle Bates, 65, of Waverly, Ohio passed away Thursday, March 26, 2020 at her home.  She was born December 27, 1954 in Portsmouth, Ohio to the late Earskell and Gracie Lillian Hicks Byrd.  She is survived by a daughter, Misty Bock of Waverly; two sons, Macarthur Bates Jr. and Daniel Bates both of Waverly; grandchildren, Macayne and Maddox Bock and Kingston Bates; brothers, Bobby Byrd, Billy Byrd, Earskell Byrd, Paul Byrd and Douglas Byrd; and a sister, Patty Dunn.  In addition to her parents she was preceded in death by a brother Donald Byrd.

Arrangements are under the direction of the Botkin Hornback Funeral Home in Waverly. 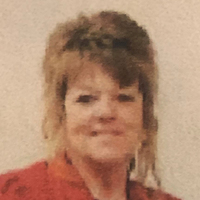