Terri Louise Spray, 68, of Waverly passed away on Tuesday, March 17, 2020 at her home.  She was born on June 11, 1951 in Portsmouth, Ohio to the late Charles Robert Steiner and Verna Jean Tackett Steiner.  On December 11, 1970 she was united in marriage to Paul Anthony Spray who survives.  In addition to her husband, Terri is survived by two daughters, Bethany Wright of Waverly and Kali (Patrick) Crisp of Chillicothe; two sons, Noah (Melissa) Spray of Lucasville and John Stokien of Lancaster; six grandchildren, Joey, Cole, Caitlin, Preston, Addison and Loralye; one sister, Linda Steiner of Waverly; and her step mother, Mary Steiner of Waverly.

Terry was a homemaker, a loving wife of 50 years, and most importantly a devoted mother to her children.

In keeping with Terri’s wishes cremation will take place with a memorial service to be held at a later date.  Arrangements are under the direction of the Botkin Hornback Funeral Home in Waverly. 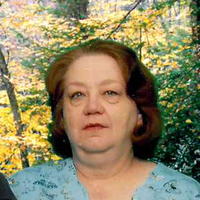