Tammy Lene Hall, 62, of Portsmouth, died Thursday, March 19, 2020 at the SOMC Hospice Center. She was born October 25, 1957 in Portsmouth, a daughter of the late Martha Jeanella Murphy Price and Charles Walter Price III.

Tammy retired from the Ohio Department of Transportation, Chillicothe office. She had worked there for more than 30 years, first as a draftsman and retiring as a designer. She had also worked at Goodyear Atomic for many years. A Portsmouth High School graduate, she received a Drafting degree from ITT Tech.

Tammy was a gifted craftswoman and she enjoyed quilting, sewing, woodworking and more. A Christian, she loved spending time with her grandchildren and great- grandchildren.

In addition to her parents, she was also preceded in death by a brother, Mark W. Price; and sister, Christy Irwin.

A Celebration of Life will beheld at a later date. 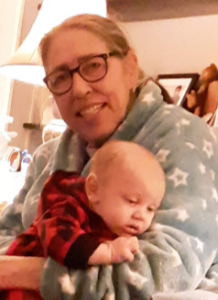