Terry Lynn Long, Sr., 62 of Rarden passed away on Sunday, February 16, 2020 at the SOMC Hospice Center in Portsmouth.  He was born on January 8, 1958 in West Union to the late Richard and Betty (Taylor) Long.  On February 26, 1983 he was united in marriage to Lisa (Patrick) Long.  In addition to his wife he is survived by one son, Danny Joe Long of Rarden; a daughter, Tiffany (Bo) Montgomery of Rarden; 12 grandchildren; 2 great grandchildren; one brother, Freddie Taylor of Columbia, Tennessee and one sister, Phyllis Kidder of Lucasville and many nieces, nephews and friends.  In addition to his parents, he was preceded in death by one son, Terry Lynn Long, Jr.

Funeral service will be at 6:30 P.M. on Thursday February 20, 2020 at the Botkin Hornback Funeral Home in Otway.  Friends may call from 4:30 P.M. – 6:30 P.M.  The family respectfully requests in lieu of flowers that donations be made to the funeral home to help with funeral expenses. 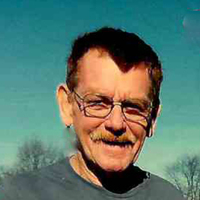