Shane Anthony Hudson, 53 of Rosemount passed away Tuesday, February 18, 2020 at Riverside Methodist Hospital in Columbus. He was born October 28, 1966 in Portsmouth, a son of Delbert Hudson and the late Kathy Ann Beasley and was a 1984 graduate of Clay High School. Shane was a kind, funny and loving person who never met a stranger. In addition to his father, he is survived by his daughter, Autumn Reed (Austan Allard); two sons, Trevor Hudson, Travis Bricker; two grandchildren, Cason Monty Allard, Caisley Ann Allard; one brother, Erik (Chasity) Hudson; uncle, Wayne Beasley; aunt, Bonnie Burke, and great loving friends. In addition to his mother, he was preceded in death by his grandparents, Vernon & Ann Beasley.

Graveside services will be conducted at 11:00 a.m. Friday, February 21, 2020 at Orm Cemetery in Rosemount. Arrangements are under the direction of Erwin-Dodson-Allen Funeral Home in Minford. In lieu of flowers, donations to the funeral home would be appreciated to help offset funeral expenses. Online condolences may be sent to www.edafh.com. 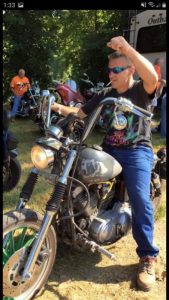