Angela Elizabeth Christina Cunningham, 60 of Portsmouth died Monday, February 17, 2020 at Cleveland Clinic.  She was born August 9, 1959 in Toledo to the late Joseph and Veronica Poskarbiewicz Cunningham.

Funeral services will be 2:00 PM Friday, February 21, 2020 at the Roger W. Davis Funeral Home in West Portsmouth with David Monroe officiating. Friends may call at the funeral home on Friday starting at 12:00 PM.  Condolences may be sent to www.rogerwdavisfuneralhome.com. 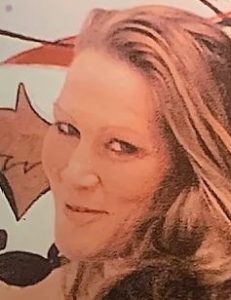