In addition to her parents she was preceded in death by her sister Jeanette Cline.

Funeral services will be 1:00 P.M. Friday, February 28, 2020 at the Botkin Hornback Funeral Home in Otway with Pastor Bob Davis officiating.  Burial will follow in Scioto Burial Park. The family will receive friends at the funeral home from 11:00 A.M. to 1:00 P.M. the day of the service. 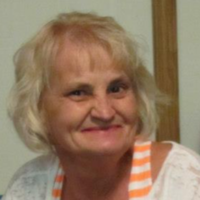