Funeral services will be conducted at 1:00 p.m. Saturday, February 15, 2020 at Erwin-Dodson-Allen Funeral Home in Minford with Pastors Calvin Ray Evans and Brian Baer officiating. Burial will be in Bennett Cemetery in Minford. Friends may call at the funeral home from 11:00 a.m. to 1:00 p.m. prior to the service on Saturday. In lieu of flowers, donations may be made to Evangelistic Outreach Ministries, 299 Ohio Avenue, Portsmouth, Ohio 45662 or New Beginnings, 2266 Wakefield Mound Road, Piketon, Ohio 45661. Online condolences may be sent to www.edafh.com. 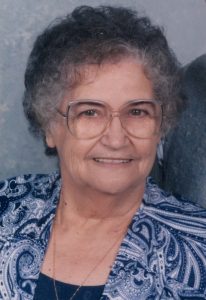