Janet Irene Revare, 97 of Portsmouth passed away Wednesday, February 12, 2020 at the Rosemount Pavillion.  She was born August 18, 1922 in Portsmouth to the late Paul H. and Irene Rathberger Revare.  Along with her parents, she was preceded in death by her sister, Marilyn R. Combs.

Janet was a 1940 graduate of Portsmouth High School.  She was a former employee of Security Central National Bank, Standard Supply Company, and Selby Retail Shoe Store.  She was the owner-operator of Jan’s Bootery from 1974-1984.  She was a member of Retired Senior Volunteer Program, American Association of Retired Persons and Friends of Southern Ohio Medical Center.  She also volunteered at Scioto Memorial Hospital.  She was a longtime member of Second Presbyterian Church in Portsmouth.

Funeral services will be 1:00 PM Saturday, February 15, 2020 at the Roger W. Davis Funeral Home in West Portsmouth with Reverend Allison Bauer officiating and interment in Scioto Burial Park.  Friends may call at the funeral home on Saturday starting at 11:00 AM.  In lieu of flowers, the family requests that donations be made to Second Presbyterian Memorial Fund in Janet’s memory.  Condolences may be sent to www.rogerwdavisfuneralhome.com. 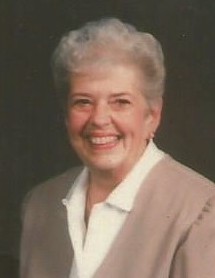