Franklin L. DeAtley, 75, of Minford, passed away Thursday, February 13, 2020 at Portsmouth Health and Rehab Center in Portsmouth. Born August 15, 1944 in Portsmouth, Ohio, a son of the late David N. and Nellie Agnes (Jones) DeAtley, he was a former employee for Bob Evans Restaurant, K & M Restaurant and E. J. Kendricks Company.  A 1964 graduate of Minford High School,  he attended Harrison Free Will Baptist Church in Minford and was a member of the Minford Lions Club.  He is survived by his wife, Delores Sue (Wessel) DeAtley, whom he married on July 23, 1991; a sister-in-law, Darlene (Trace) DeAtley of Portsmouth and several nieces and nephews. In addition to his parents, he was preceded in death by two brothers, Robert DeAtley, Bill E. DeAtley; five sisters, Dorothy Smith, Patty DeAtley, Alice Mae DeAtley, Lovetta Reed and Wilotta Bernard.

Funeral services will be conducted 11:00 a.m. Monday, February 17, 2020 at Erwin-Dodson-Allen Funeral Home in Minford with Pastor Dan Widdig officiating.  Burial will be in I.O.O.F. Cemetery in Manchester, Ohio.  Friends may call at the funeral home from 3:00 to 6:00 p.m. Sunday, and one hour prior to the service on Monday. Online condolences may be sent to www.edafh.com 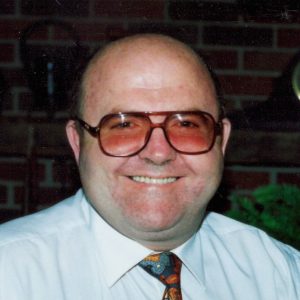