Kenneth H. Holsinger, 78 of Friendship died Tuesday, January 14, 2020 at his home.  He was born April 2, 1941 in Portsmouth to the late Earl and Frances Schiltz Holsinger.  Along with his parents, he was preceded in death by his wife, Patricia Sue Holsinger whom he married September 1, 1962, a brother, George Holsinger, and a sister, Sharon Holsinger.  Kenneth retired from Crispy Creme Donuts after 42 years.

Graveside services will be 1:00 PM Saturday, January 18, 2020 at Friendship Cemetery with Pastor Pete Shaffer officiating.  In lieu of flowers, the family request that donations be made to Nauvoo United Methodist Church Service Stewards or St. Jude Children’s Hospital in Kenneth’s memory. Arrangements are under the direction of the Roger W. Davis Funeral Home in West Portsmouth. Condolences may be sent to www.rogerwdavisfuneralhome.com. 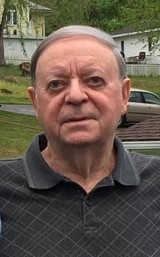