Jason Dean Sexton, age 42, of Wheelersburg, went to be with his Lord and Savior on January 16, 2020 after battling a long illness of cancer.  He was of the Christian Baptist faith.  He was born November 28, 1977, son of Larry and Judy Sexton of Wheelersburg.  Jason enjoyed hunting, fishing, and working on cars.  He was a former officer at the Orient and Southern Ohio Correction Facilities.
Jason is survived by his daughter, Hannah Renee Sexton of Wheelersburg; parents, Larry and Judy Sexton of Wheelersburg; two brothers, Michael Barrett of Portsmouth, James (Rachael) Barrett of Wheelersburg; aunts, Sue (Lee) Seeley and Dianna (Joey) Doughty, both of Wheelersburg; uncles, Ronnie and Richard (Sherry) Howard of SC, Charles Sexton of Pedro; close friends, Rick Jenkins, Brandon Lindamood; and his beloved dog, Piper.  He was preceded in death by his grandparents, Carrie and Walt Maynard and Frank and Gay Sexton as well as several aunts and uncles.
Funeral services will be 11:00 a.m. Tuesday, January 21, 2020 at D.W. SWICK-NELSON FUNERAL HOME in New Boston with Pastor Paul Hagen officiating.  Interment will follow at Memorial Burial Park in Wheelersburg.  Friends may call on Monday from 6 – 8:00 p.m. at the funeral home and one hour prior to the service on Tuesday.  In lieu of flowers, the family is requesting donations be made in Jason’s name to SOMC Hospice.  Fond memories of Jason and expressions of condolence may be shared at www.DWSwickNelsonFuneralHome.com. 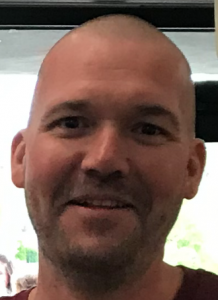