Barbara Ellen Holsinger, 74, of Lucasville passed away Friday, January 17, 2020 at SOMC Hospice in Portsmouth. Born December 20, 1945 in Portsmouth, a daughter of the late Simmie and Grace Osborne Alley, she was a nurse’s aide, homemaker and attended Nile Community Church.

She is survived by one son, George E. Holsinger of Lucasville; three daughters, Bobbie Schackart, Deborah Long, Kimberly Long all of Lucasville; 12 grandchildren; one great grandchild, and two brothers, Bob Alley of Waverly and Ben Alley of Beaver. In addition to her parents, she was preceded in death by her husband, George Holsinger on April 12, 2000; three brothers, William “Sprad” Alley, Roger Alley,  Steve Alley, and one granddaughter, Garrie Weaver.

Funeral services will be conducted at 1:00 p.m. Tuesday, January 21, 2020 at Erwin-Dodson-Allen Funeral Home in Minford with Pastor Rob Casey officiating. Burial will be in Jacobs Cemetery in Lucasville. Friends  may call at the funeral home 11:00 a.m. to 1:00 p.m. prior to the service on Tuesday.  Online condolences may be sent to www. edafh.com. 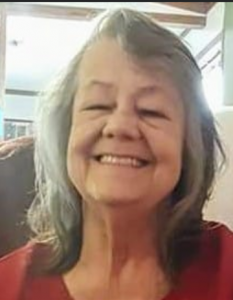