Steven Christopher McGinnis, 65, of Portsmouth, passed away Friday, November 29, 2019 at SOMC. He was born August 14, 1954 at Ft. George Meade, MD, a son of Norman Edward McGinnis of Minford and the late Etta Louise Rayburn McGinnis.

Steve was a 1972 graduate of Portsmouth West High School and he received Bachelor of Arts and Master of Higher Education degrees from Ohio University.

Retired from the Portsmouth City Schools, he also taught at Eastern Local High School in Pike County for more than 25 years, and was an adjunct professor of English at Shawnee State University. Steve was a Shawnee State Park Ranger as well as lodge employee and camp attendant for 27 years. He was also a Special Deputy for the Scioto County Sheriff’s Department. Steve was currently working at The Gun Barn.

Steve was an integral part of the SSU Native American Artifact Show for many years, and was the founder of the former Ohio Valley Miata Club. He was an active member of Cornerstone United Methodist Church and a leader in the Rejoice & Recovery program there.

Funeral services will be held at 11 A.M. Monday at Cornerstone United Methodist Church in Portsmouth with Rev. Tom Charles officiating and interment in Memorial Burial Park.

The family will receive friends at the RALPH F. SCOTT FUNERAL HOME Sunday from 2 to 5 P.M. and one hour prior to services at the church Monday. 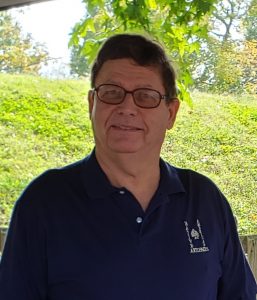