Thomas W. “Tom” Wilson, 84 of West Portsmouth died Friday, November 15, 2019 at the Rosemount Pavillion. He was born August 14, 1935 in Rushtown to the late Russell and Millie Conkel Wilson. Along with his parents, he was preceded in death by a stepson, Cevin Martin and 3 brothers; John, Russell and Duane Wilson.

Tom was a United States Marine Corp Veteran. He retired from Empire Detroit Steel after 26 years and farmed for many years.

Funeral services will be 11:00 AM Monday November 18, 2019 at the Roger W. Davis Funeral Home in West Portsmouth with Rick Ratliff officiating. Interment will be in Scioto Burial Park with Military graveside rites by the James Dickey Post 23 American Legion. Friends may call at the funeral home from 6 to 7:30 on Sunday and one hour prior to the service on Monday. In lieu of flowers the family requests that donations be made to SOMC Hospice in Tom’s name. Condolences may be sent to www.rogerwdavisfuneralhome.com. 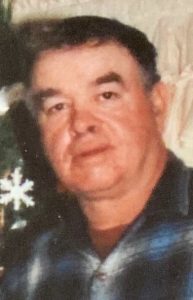