Roger B. Holbrook Age 81 of New Boston, passed away Thursday November 14, 2019 at SOMC Hospice Center.  Roger was born to the late Ezra and Elizabeth Holbrook on January 21, 1938. Roger retired from the Village of New Boston Service Department and was also self-employed.  Roger was a loving husband, father, grandfather, great-grandfather and friend to many.  He enjoyed fishing, woodworking and sitting on his front porch.

The family would like to give a special thank you to SOMC outpatient Hospice and the Hospice Center; aides, Brandi Lewis and Morgan Eversole and his nurse Andrea Turner for your excellent care; Portsmouth Ambulance Service; and the emergency room and staff of SOMC.  In lieu of flowers donations can be made to SOMC Hospice.

Funeral Service will be held at 1:00 p.m. Monday November 18, 2019 at D.W. SWICK – NELSON FUNERAL HOME in New Boston with Pastor Brian Holbrook officiating.  Interment will follow at Sunset Memorial Gardens in Franklin Furnace.  Friends may call Sunday from 5:00 p.m. until 8:00 p.m. and one hour prior to the services on Monday. Fond memories of Roger and expressions of condolence may be left at www.DWSwickNelsonFuneralHome.com. 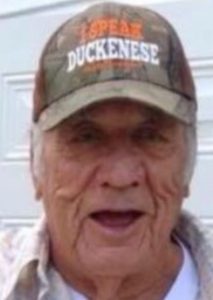