James William Pollitt, 83 of Lucasville died Wednesday, November 13, 2019 at Maple Hills Nursing and Rehabilitation Center in McArthur, Ohio.  He was born March 27, 1936 in Pike County to the late James Howard Pollitt and Alma Grace Robinson Pollitt Gilliam.  Along with his parents, he was preceded in death by his wife, Anna Lucille Pollitt and a brother, Ronnie Pollitt.

He was a United States Army Veteran of the Korean War.

James is survived by a daughter, Katherine Rene Pollitt, several grandchildren and great grandchildren, 2 sisters; Evelyn Dales and Mary Jane Mullett, along with many nieces and nephews.

Funeral services will be 2:00 PM Sunday, November 17, 2019 at the Roger W. Davis Funeral Home in West Portsmouth with Frank Magnatta officiating.  Interment in Scioto Burial Park with Military graveside rites by the James Dickey Post 23 American Legion. Friends may call at the funeral home on Sunday starting at 11:00 AM.  Condolences may be sent to www.rogerwdavisfuneralhome.com. 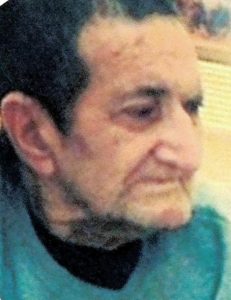