Age 75, of New Boston, passed away Wednesday, October 9, 2019, at Community Hospice in Ashland.  He was born September 14, 1944 in Garrison, KY to the late William Robert and Omah (Scott) Clark.  After graduating from Lewis County High School he joined and served in the United States Army. He was on the New Boston Police Department for 47 years and served as chief for 17 years before retiring.  Darrold was of the Baptist faith and he loved woodworking, especially making bird houses.  He also loved gardening and growing flowers.

Darrold is survived by his wife, Sharon Lee (Stuber) Clark; one son, Darrold Clark Jr. (Jill); two daughters, Annette Clark-Brown of Wheelersburg and Rebecca M. Clark-Stanley (Gary) of Georgetown, KY; a brother, Arnold Clark of South Shore, KY; a sister, Bonnie May of Garrison, KY; thirteen grandchildren; nineteen great-grandchildren; and several nieces and nephews.  In addition to his parents, he was preceded in death by a granddaughter, Olivia Brooke Clark and a brother, Billy Joe Clark.

Funeral services will be held at 1:00 p.m. Monday, October 14, 2019, at the D.W. SWICK – NELSON FUNERAL HOME in New Boston with Pastor Greg Clark officiating.  Interment will follow at Sunset Memorial Gardens in Franklin Furnace with military graveside honors provided by the James Irwin Post #622 of the Minford American Legion.  Friends may call Sunday from 5:00 p.m. until 8:00 p.m. at the funeral home and one hour prior to the services on Monday. Fond memories and expressions of condolence may be left at www.DWSwickNelsonFuneralHome.com. 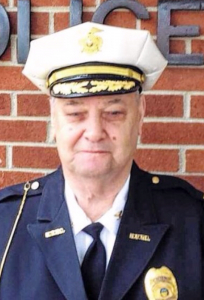