Butch was a man of his community and applied his talents and intellect at making our city better. His passion was the 14th Street Community Center, where he had served as president and was instrumental in building the new facility and in developing the 17th Street property. He also served his Lord as a trustee and in many other capacities at Allen Chapel A.M.E. Church. He helped build the McKinley Memorial Pool and was a former PIDC Committee member. Butch was also a former coach for the North End Bears pee wee football team.

A 1960 graduate of Portsmouth High School, he loved the Trojans, OSU Buckeyes and Cleveland Browns. He received a Bachelor of Science in Math degree from West Virginia State College where he was a member of the Omega Psi Phi “Q” fraternity. Butch later attended Xavier University and earned a Master of Science in Education Administration. He taught Civil Engineering at the former Scioto County Joint Vocational School and was vice president of the former Ferguson Construction Company.

Butch retired from Shawnee State University as a Professor of Mathematics after many years there, and could often be found on the racquetball court after classes had ended.

Funeral services will be held at 11 A.M. Monday at a place to be determined, with the Rev. Margaret V.L. Tyson officiating and interment in Greenlawn Cemetery.

The family will receive friends Sunday from 2 to 5 P.M. at the Ralph F. Scott Funeral Home in Portsmouth, and one hour prior to services Monday at the funeral location. 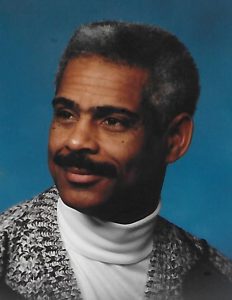