Joey was a retired sanitation truck driver for Rumpke and a 1980 Portsmouth High School graduate. He was an active member of Portsmouth Apostolic Church and an avid motorcycle racer with the AMA ProStar Racing Organization. He was the 2008 SuperGas “Rookie of the Year” and he won the 2009 World Finals in the SuperGas class in Gainesville, FL. An Air Force veteran, he worked as a nuclear weapons specialist and earned the Air Force Longevity Service Award and Good Conduct Medal.

Joey was also a Monarch and Hugs not Drugs volunteer.

In honor of Mr. Cole’s service to our country, the flag of the Air Force will fly at the funeral home. 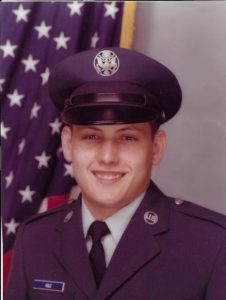