Ann Beasley, 89, of Rosemount, went home to be with her Lord and Savior Monday, October 7, 2019 at SOMC Hospice.    She was born December 3, 1929 in Paintsville, Kentucky, a daughter of the late Jesse and Ruby Ramey Franklin.    Ann was a retired realtor being honored with a 1 million in 1 year sales award and a member of the God and Country Church in Lucasville. She was an avid reader and enjoyed gourmet cooking.    She was also preceded in death by her husband, Vernon Beasley, May 27, 2015; one daughter, Kathy Beasley; two brothers, Jesse Jr, and Paul Franklin; and one sister, Kathleen Hammonds.    Ann is survived by one son, Wayne (Dreama Jackson) Beasley of Portsmouth; one daughter, Bonnie (Mike) Burke of Wheelersburg; four grandchildren, Darren, Shane, Erik, and Miranda; two brothers, Jimmy Franklin of Columbus and Jerry Franklin of Lucasville; and two sisters, Betty Carver of Dayton and Sue Roberts of St. Paul, Ky.    Funeral services will be conducted at noon, Friday, October 11, 2019 at the McKinley Funeral Home in Lucasville with Philip Carver and David Phipps officiating. Burial will follow in Rosemount’s Orm Cemetery. Friends may call 6 to 8 p.m. Thursday and an hour before the service Friday at the funeral home. 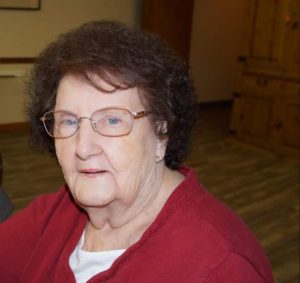