Shirley Yvonne Grooms, 76, of Piketon, Ohio passed away Monday, September 30, 2019 at Adena-Pike Medical Center in Waverly.  She was born October 7, 1942 in Pike County, Ohio to the late Verl and Cora Beavers Jones.  On September 14, 1959 she was united in marriage to Lloyd Eugene Grooms who preceded her in death on August 21, 2015. She is survived by a son, Randy Grooms and wife Terri of Piketon; two grandchildren, Roger (Patricia) Seeling of Piketon and Sandra (Jeremy) Helton of Piketon; two great-granddaughters, Isabella Seeling and Kaylee Seeling; a brother, Darrell (Barbara) Jones; and three sisters, Evelyn (Dewey) Beekman, Mildred Lambert and Loretta (Wayne) Barker.  In addition to her parents and husband she was preceded in death by a daughter, Connie Seeling; a brother, Roger Jones; and six sisters, Norma Jean Jones, Helen Jones, Verna Mae Woods, Carma Jean Moore, Carol Moore and Marilyn Leeth.

Funeral services will be held at 11 am Friday, October 4, 2019 at the Botkin Hornback Funeral Home in Waverly with Pastor Casey McDaniel officiating.  Burial will follow in White Oak Cemetery.  The family will receive friends from 5-8 pm on Thursday, October 3 and for one hour prior to the service at the funeral home. 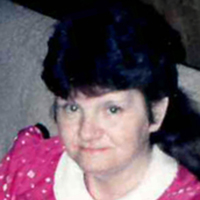