Ralph Michael Emshwiller, Age 69, of New Boston, passed away Sunday, September 29, 2019 at OSU Medical Center in Columbus.  He was born November 18, 1949 in New Boston to Ralph and Norma Jean (Bowling) Emshwiller.  Mike was a 1967 graduate of Glenwood High School and honorably served his country in the U.S. Air Force during the Vietnam era.  He worked for many years as a laborer with the local Laborer’s Union, loved to fish, and was an avid Buckeyes fan.  He enjoyed cooking for his family and spending time with his beloved granddaughters.  Mike was a member of the Masonic Lodge #48.

A memorial service will be held for Mike at 8:00 p.m. on Thursday, October 3, 2019 at D.W. SWICK-NELSON FUNERAL HOME in New Boston.  Friends may call from 6 – 8:00 p.m.  Fond memories of Mike and expressions of condolence may be shared at www.DWSwickNelsonFuneralHome.com. 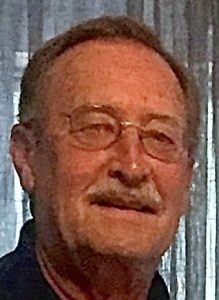