Along with his parents, Jake is survived by his wife, Brandy Swords Hobbs whom he married March 18, 2017, 3 daughters; Raynee Hobbs, Aeris Hobbs, and Lily Hobbs, 2 stepdaughters; Abby Johnson and Taylor Johnson, 3 brothers; Chris Bresley, Eddie Hobbs, and Bobby (Jacqueline) Hobbs, special cousin who was like a brother, Stevie Hobbs, along with several aunts, uncles, cousins, and friends.

Funeral services will be 1:00 PM Tuesday, October 1, 2019 at the Roger W. Davis Funeral Home in West Portsmouth with Zach Evans officiating and interment in Mershon Cemetery.  Friends may call at the funeral home on Tuesday starting at 11:00 AM.  Condolences and Donations may be sent to www.rogerwdavisfuneralhome.com. 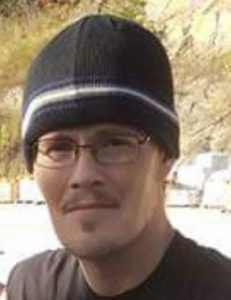