Yvonne Sue Bales, 72, of Waverly, Ohio passed away Wednesday, September 18, 2019 at her home. She was born October 7, 1946 in Pike County to Charles and Mildred Wells Kemper.  On October 24, 1964 she was united in marriage to Robert Dyke who preceded her in death on August 27, 1984. On April 15, 1989 she was united in marriage to Dallas Bales who survives. Also surviving are two sons, Jamie Dyke and Robert (Marcia) Dyke both of Waverly; a daughter, Angela (Tony) Brewster of Chillicothe; a step-son, Scott Bales of Chillicothe; a step-daughter, Kim McGraw of Logan; a grandson, Adam Richardson; a sister, Joanne Swinning and a brother, William Kemper.  In addition to her parents she was preceded in death by three brothers, David “Mack”, Donald and Robert Kemper, and a granddaughter, Brianna Richardson.

She was a retired nursing assistant at the VA Hospital of Chillicothe and a member of Pleasant Hill Community Church.

Funeral services will be held at 11 am Saturday, September 21, 2019 at the Botkin Hornback Funeral Home in Waverly with Pastor Randy Kemper officiating. Burial will follow in Evergreen Union Cemetery on Bridge Street in Waverly.   The family will receive friends from 5-8 pm on Friday, September 20, 2019 and for one hour prior to the service at the funeral home. 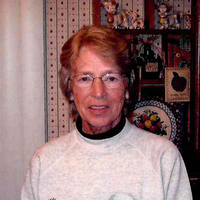