Steven Arthur Conley, 72 of West Portsmouth, died Saturday September 14, 2019 at Southern Ohio Medical Center. He was born December 16, 1946 in Portsmouth to the late Arthur and Ruth Davis Conley. He was a United States Army veteran and retired truck driver.

Along with his parents he was preceded in death by a son, Steven Todd Conley, a brother, Earl Thomas Conley, 3 sisters; Joyce Ann Massie, Dora Vernier and Frances Webb.

A Memorial service with military rites will be held at a later date. Arrangements are under the direction of the Roger W. Davis Funeral Home in West Portsmouth. Condolences may be sent to www.rogerwdavisfuneralhome.com. 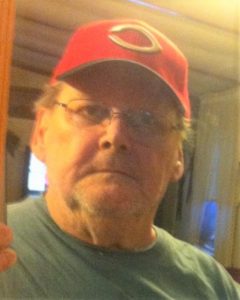