Born June 18, 1940 in Springfield, OH the son of Sammie Milton Cooper Sr. and Minnie Looney Cooper, later Montgomery. He was preceded in death by father, mother, and sister Linda “Katie” Stokes and and a step-brother Mark Montgomery, and is survived by two sisters, Denise (Mike) Berry of Marysville, Nancy (Karl) Newsom of Jackson, one stepsister, Maria (Tony) DeCastro of Wellston, and one brother-in-law, Tom Stokes of Centerville.

Sam retired from International Harvester and from Martin Marietta in Piketon.  In his spare time and after retirement, Sam enjoyed farming, hunting and attending family gatherings.

Funeral services will be held at 10 am Thursday, September 26, 2019 at the Botkin Hornback Funeral Home in Waverly with Larry Williams officiating.  Burial will follow in Mound Cemetery in Piketon.  The family will receive friends from 5-7 pm Wednesday, September 25 and for one hour prior to the service at the funeral home.

The family wishes to give special thanks to the nurses and staff at Westmoreland Place in Chillicothe. 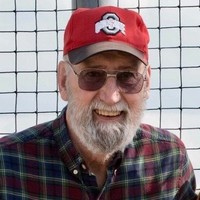