Peggy Ann Miller, 78, of Portsmouth, entered eternal rest on Wednesday, August 28, 2019 after a brief illness. She was born June 7, 1941 in Portsmouth, a daughter of the late Samuel and Romeo Brandy Booker, Sr.

Peggy was a homemaker and a faithful saint, attending Living Faith Temple until illness prevented her from doing so, yet she always kept the faith. She was a 1959 Portsmouth High School graduate, and her family and children were everything to her.

In addition to her parents, she was also preceded in death by a son, Eric Miller; a grandson, Matthew Moore; and five siblings, Samuel Booker, Jr., Anthony Booker, Dorothy Ferguson Gwynn, Rosetta Booker and Celina Leonard.

The family will receive friends one hour prior to services at the church. 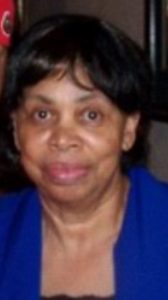