Age 73, of South Webster, passed away Sunday September 22, 2019 at Southern Ohio Medical Center. He was born September 2, 1946 in South Shore, KY., a son of the late James and Sarah (Wright) Horton. David was a 1964 graduate of McKell High School and a former truck driver who loved hunting, fishing, and archery. He was a two time World Archery Champion in his age group.

A Memorial Service will be held at 1:00 p.m. Friday, September 27, 2019 at South Webster Community Church with Pastor Merit Smith officiating. There will be a gathering of friends from 5:00 until 7:00 Thursday at D.W. SWICK-NELSON FUNERAL HOME in South Webster. Fond memories of David and expressions of condolence may be left at www.DWSwickNelsonFuneralHome.com. 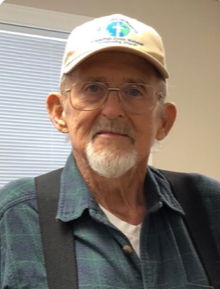