Linda Gail Adkins Stephan, Age 76, of Wheelersburg, went to be with the Lord on Friday, August 9, 2019 at her home.  She was born August 18, 1942 in Huntington, WV to Carl and Ruby (Johnson) Adkins.  A 1960 graduate of Waverly High School, Linda then went to Shawnee for one year of nursing school.  She worked as an LPN for 40 years with SOMC, retiring in 2008.  She loved flowers and in her spare time she enjoyed gardening, making lots of jewelry, cooking, and crocheting.  She was a longtime member of Mary Chapel United Baptist Church in Waverly.

The family requests that memorials in Linda’s name be made to SOMC Hospice.

Funeral services for Linda will be 11:00 a.m. Monday August 12, 2019 at WOLFE-NELSON FUNERAL HOME in Sciotoville.  Interment will follow at Baylous Cemetery in Barboursville, WV.   Friends may call on Sunday from 5 – 7 p.m. at the funeral home and one hour prior to the funeral on Monday.  Fond memories of Linda and expressions of condolence may be shared at www.WolfeNelsonFuneralHome.com. 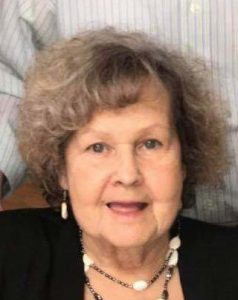