In addition to his parents and wife, Tod was preceded in death by a son, Todd Allan Beekman; a brother, Wilbur Beekman; and three sisters, Bernice Kuhn, Virginia Scowden, and Maxine Nunn.

Tod proudly served our country during WWII in the United States Navy and was a member of American Legion Post #142.  He and Bertie were members of Calvary Baptist Church in Piketon and Tod was proudly awarded the 2016 Piketon Citizen of the Year during the Pike County Dogwood Festival.

The family would like to give a special thanks to the nursing staff at Adena Pike Medical Center for taking such wonderful care of Tod in his time spent there.

Funeral services will be held at 11:00 am Thursday, August 15, 2019 at the Botkin Hornback Funeral Home in Waverly with Rev. Ronnie Hines officiating.  Burial will follow in Mound Cemetery.  The family will receive friends from 4-7 pm on Wednesday, August 14th at the funeral home and for one hour prior to the service on Thursday. 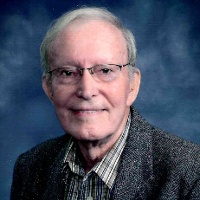