The Portsmouth area has lost a dedicated citizen and gifted doctor of chiropractic medicine, as well as a loving husband, father, Grampy and brother, with the passing of Joseph Edwin Valli, D.C. on Sunday, August 11, 2019. Joe was a 1979 graduate of the Palmer College of Chiropractic and was in private practice in Portsmouth for over 30 years.

A son of the late Joachim Anthony and Virginia Lou Shump Valli, Joe was born August 22, 1955 in Sandusky. He graduated from Northwest High School in 1973 and attended the Community of Christ – West Portsmouth congregation. He was a member of several professional organizations including the Ohio State and American Chiropractic Associations and the American Chiropractic Association Council on Chiropractic Physiological Therapeutics and Rehabilitation. Named the Portsmouth Daily Times annual Reader’s Choice “First Place Chiropractor” multiple times, Joe was also named  Markson Management Services Chiropractor of the Month in December 1984. A physician dedicated to a lifetime of service, he was also recognized as an Outstanding Humanitarian for relentless devotion to the chiropractic profession and dedication to the welfare of those served by chiropractic.

Funeral services will be held at 11 A.M. Thursday, August 15 at the Ralph F. Scott Funeral Home in Portsmouth with Chaplain Daron Lilly officiating. The funeral procession will pass by the offices of Valli Chiropractic Clinic one last time en route to Memorial Burial Park for interment.

The family will receive friends at the funeral home Wednesday from 4 to 8 P.M. and Thursday from 10 to 11 A.M. 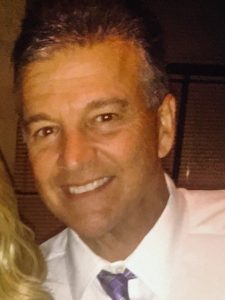