Timothy Lee Haffner, 64, of Cincinnati, passed away Tuesday, August 6, 2019 at Liberty Nursing Center of Colerain in Cincinnati. Tim was born in Portsmouth, January 30, 1955, a son of the late Albert and Juanita Weldon Haffner. In the Portsmouth area, he worked for Community Action Organization and the South Webster Schools. Tim had retired as a retired teacher from the Finneytown, Ohio schools. A Protestant, he received his Bachelor of Education from Miami (OH) University.

Funeral services will be held Thursday at Noon at the RALPH F. SCOTT FUNERAL SCOTT in Portsmouth with Father Mark Hudak officiating. The family will receive friends at the funeral home Thursday from 11 A.M. until the funeral hour. Interment will follow in the Memorial Burial Park.

Online condolences may be sent to RalphFScott.com. 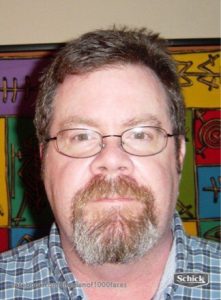