Christopher L. Rister, 58, of McDermott, Ohio went to meet his Lord and Savior on August 2, 2019, after passing away suddenly at his home.  He was born September 16, 1960 in Columbus, Ohio to the late Sarah Hardy and Luther Rister.  On September 26, 1994 he was united in marriage to the love of his life for 25 years, Pamela Wamsley Rister who survives.  Also surviving are three children, Jennifer Frisby and husband Tim, Joshua Rister and wife Becky and April O’Connell and husband David, twelve grandchildren and three sisters, Joyce Winkle and husband Jim, Linda Gentile and husband Tony an Tonya Hardy all of Columbus, Ohio.  Also many nieces, nephews and cousins, a brother in law, Darryl Wamsley and two sisters-in-law, Sheila Weeter and Sharon Hammond survive.  In addition to his parents, Christopher was preceded in a death by two brothers, Jon Hardy and Todd Rister.

Christopher was a retired truck driver, a member of Amvets, and a veteran having served in the U.S. Marines.

Funeral services will be 6:00 p.m. on Tuesday, August 6, 2019 at Botkin Hornback Funeral Home in Otway with Pastor Jimmy Jones officiating.  Family will receive friends from 4:00 – 6:00 p.m. at the funeral home.  Military honors will be provided by William Baker Post #363 of Lucasville. 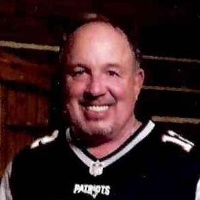