In January 1960 Dean enlisted in the United States Army and served our country for 3 years.  On December 29, 1962 he married the love of his life Ada Jamison.  He provided for his family as a Union Electrician of Local 369 of Louisville, KY and worked a great deal alongside Local 575 Portsmouth, Ohio.  He retired after 35 years in 2004 at age 62.

Dean enjoyed many activities including traveling with Ada to BBQ’s, reunions or picnics of sorts, enjoying time with their many family and friends, or relaxing at home working on his old classic cars, fishing or enjoying his love for gardening.  He was also a member of the American Legion post 325 of Manchester, Ohio.  After retirement he and Ada spent several years of winter months in Florida.

A very special thank you to Dr. Bryan Grooms and the Hospice of Hope.

Funeral services will be Monday, August 5, 2019 at 12:00 p.m. at the Botkin Hornback Funeral Home in Otway with Rev. Joey Sandlin officiating.  Burial will follow in Moore’s Chapel Cemetery in Blue Creek.  The family will receive friends on Sunday, August 4th from 5 – 8 p.m. and for one hour prior to the service at the funeral home. 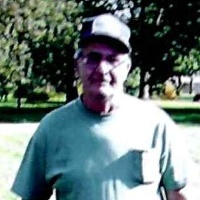