Donald Ellis Smith, 84, passed from this life on July 28, 2019 at his home.  He was born May 26, 1935 to the late Brian Ellis and Garnet Irene Clay Smith.  On December 20, 1952 he was united in marriage to the late Sara Frances Tolliver Smith.  Donald is survived by three sons, Donald Eugene Smith, Thomas Ellis Smith and wife Brenda and Perry Douglas Smith; two daughters, Joyce Ann Tackett and husband Eugene and Carolyn Diane Tackett and a sister, Darlene Frederick. Also surviving are eleven grandchildren, fifteen great grandchildren and two great grandchildren on the way.  In addition to his wife and parents, Donald was preceded in death by two sisters and a son, John Allen Smith.

Donald was a former employee of Sargents Construction Company of Waverly, Ohio and a former member of Union Hill Church. 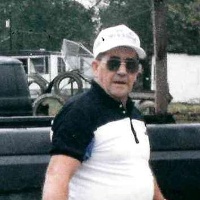