Charles E. Stamper, 90 of McDermott died Monday, July 22, 2019 at his home.  He was born December 26, 1928 in Hazard, Kentucky to the late Jesse Green and Golden Ethel Walters Stamper.  Along with his parents, he was preceded in death by his wife, Joyce Ann Stamper who he married May 5, 1951, a grandson, Dustin Dunlap, and a sister, Maxine Gevedon.

Funeral services will be 2:00 PM Friday, July 26, 2019 at Nauvoo United Methodist Church in West Portsmouth with Pastor Pete Shaffer officiating and a Masonic Service by Nauvoo Masonic Lodge #769.  Interment will be in Scioto Burial Park with military graveside rites provided by the James Dickey Post 23 American Legion.  Friends may call starting at 12:00 PM noon on Friday at the church.  Arrangements are under the direction of the Roger W. Davis Funeral Home in West Portsmouth.  Condolences may be sent to www.rogerwdavisfuneralhome.com. 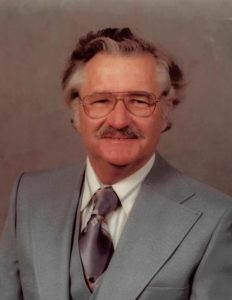