Gary F. “Butch” Skaggs, 75 of West Portsmouth died Sunday, July 14, 2019 at SOMC Hospice.  He was born November 28, 1943 in Portsmouth to the late Willie Everett and Bertha Skaggs. Along with his parents, he was preceded in death by 2 brothers; Phillip and Robert Skaggs.  He was a retired laborer and a member of Starlight Enterprise Baptist Church.

Funeral services will be 11:00 AM Wednesday, July 17, 2019 at the Roger W. Davis Funeral Home in West Portsmouth with Mick Wellman and Scott Kohn officiating and interment in Estep-Howard Cemetery.  Friends may call at the funeral home from 5 to 8:00 PM Tuesday and one hour prior to the service on Wednesday.  Condolences may be sent to www.rogerwdavisfuneralhome.com. 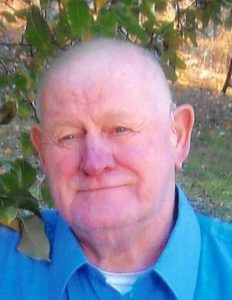