Barbara Sue Carver, 52, of West Portsmouth, passed away Tuesday, June 18, 2019 at Southern Ohio Medical Center. She was born May 14, 1967 in Portsmouth to the late Paul Wayne and Agnes Evelyn Messer Winters.

Barbara was a 1985 Portsmouth West High School graduate and she attended the Pentecostal Church of Christ. She loved to sing and was able to play many instruments.

In addition to her parents, she was preceded in death by a brother, Philip Winters.

A Memorial Service will be held at 11 A.M. Friday at the Ralph F. Scott Funeral Home in Portsmouth with Pastor Larry Blevins officiating. Inurnment will be in Squiers-Kallner Cemetery. 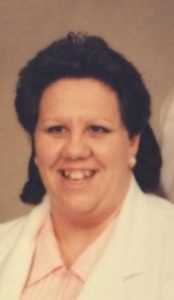