A great father, a gentleman, a caring friend, a brilliant businessman, a knowledgeable outdoorsman, and a kind mentor to those struggling to survive.  Our father, Steven Hurden Mault, personified these and other characteristics of the finest of American men.

Steve was born to Roscoe and Geneva Mault in Slocum Station, OH on a cold New Year’s Eve in 1942.  The Mault family was a large one; as a young boy, Steve worked hard on the family farm from daylight to dark.  A strong work ethic was engrained in him.  He graduated from Portsmouth East High School in 1960.  After serving four years in the U.S. Air Force, he married the love of his life, Cornelia “Cooie” McCall Mault.  He excelled as a lineman, a foreman, and in management during his 35-year career at American Electric Power. While working there full time, Steve attended evening classes at Ohio University’s Portsmouth campus and earned a Bachelor’s Degree in Business.

Steve had learned extensive culinary skills from a chef in Germany while in the Air Force.  In 1979 he and Cornelia made Steve’s dream of preparing delicious grilled ribs and steaks a reality by founding a restaurant, “The Scioto Ribber.”  Gradually “The Ribber” evolved from a fledgling to the Ohio landmark restaurant it now represents.  In 1996 the Maults helped to invigorate Portsmouth’s Historic Boneyfiddle District by bringing back to life The Porstmouth Brewing Company. Steve and his brewers created Red Bird Ale, Portsmouth Pilsner, and many other outstanding craft beers.  The Brew Pub serves many of his culinary creations, including Steve’s special recipe pizza and wings.  Steve Mault was a true pioneer in the craft brewery business as well as in investing in the future of Boneyfiddle.

Far more than cooking skills or business acumen was needed for long-lived success.  Steve Mault also possessed heart.  His great kindness was described well in Lloyd Martin’s graduation speech at Shawnee State University in which he described Steve Mault’s providing a place for him to live when he needed it most.  The breadth and depth of our father’s generosity was not widely known, for he desired no praise or notoriety for doing what was right, what was kind, what was Christian.

He honored his membership in Masonic Lodge Western Sun 91. Always intelligent and unfailingly honest, he treated all he encountered in business and in private life with respect, regardless of their station in life.  He never stopped reading and learning.  His curiosity was insatiable.  His beloved late wife referred to Steve as “her Thomas Jefferson.”  And watching the two of them debate as to whether to add flour to a holiday gravy was a skit worthy of “Saturday Night Live.”  No man could have done more for his family and community than our father.

May God bless Steve Mault in Heaven as he blessed so many of us here on Earth.  May God continue to bless our country with peace, prosperity, and cherished freedom.  The family respectfully requests that anyone wishing to honor Steve Mault’s memory with a charitable donation consider contributing to The Shriners’ Hospital for Children, 329 Burnet Avenue, Cincinnati, Ohio 45229.

A visitation will be held from 4 – 8 p.m. Thursday, June 20, 2019 at Christ United Methodist Church, 5731 Gallia Street, Sciotoville.  On Friday, June 21, 2019 a celebration of Steve’s life will be held from 11 a.m. – 1:00 p.m. at the Portsmouth Brewing Company, 224 2nd Street, Portsmouth, where friends may join others for food and fellowship.  Memories of Steve and expressions of condolence may be shared at www.WolfeNelsonFuneralHome.com. 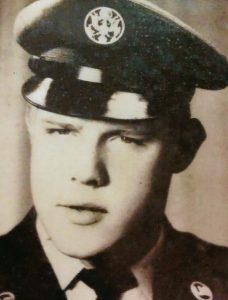