James Thomas McCormick Age 26, of South Webster, passed away suddenly on Tuesday, June 11, 2019.  He was born July 13, 1992 in Portsmouth to John and Diana (Charles) McCormick.  James was a 2010 graduate of South Webster High School and attended Vo-Tec. Professionally, he worked as a mechanic for Lang Truck and Trailer.  He enjoyed hunting and riding four-wheelers, but one of his greatest pleasures in life was working and helping others.  He will be greatly missed by his family and friends.

Funeral services for James will be 1:00 p.m. Tuesday, June 18, 2019 at D.W. SWICK-NELSON FUNERAL HOME in South Webster.  Interment will follow at South Webster Cemetery.  Friends may call on Monday from 5 – 8 p.m. and one hour prior to the service on Tuesday.  Fond memories of James and expressions of condolence may be shared at www.DWSwickNelsonFuneralHome.com. 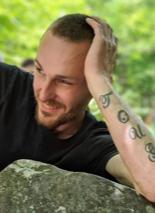