Red retired after 43 years with Dayton-Walther Corporation where he worked as a Store Room Supervisor. He was a 1950 Portsmouth High School graduate, a member of the Aurora Masonic Lodge #48 and of the Methodist faith. A Korean War era Air Force veteran, he was award the National Defense Service Medal, the Germany Occupation Medal and the Good Conduct Medal for his service.

Jim was an avid bowler and loved watching the Cincinnati Reds.

Preceding him in death was his first wife, Wanda Mae Parlin Hunt in July 1999, and his second wife, Judith Kaye Newman Hunt in June 2018.

He was also preceded in death by a sister, Betty Lois Hunt.

Funeral services will be held at 11 A.M. Saturday at the Ralph F. Scott Funeral Home in Portsmouth with Rev. Larry Moore officiating. Interment will be in Sunset Memorial Gardens with military graveside rites offered by the James Dickey Post #23 American Legion Honor Detail.

The family will receive friends at the funeral home Friday from 5 to 7 P.M. and one hour prior to services Saturday.

The fly of the U.S. Air Force will fly at the funeral home in honor of Mr. Hunt’s service to our country. 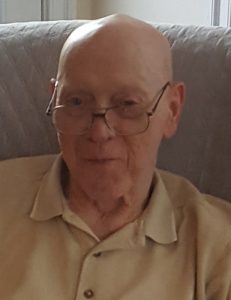