Anthony Lee “Bubby” Adkins Jr.  30, of Lucasville, passed away Sunday, June 16, 2019 at his residence after a long illness as a result of a brain tumor.He was born September 27, 1988 in Portsmouth, a son of Anthony “Tony” Lee Adkins Sr. and Rita Lewis Adkins of Lucasville and attended New Freedom Community Church. Bubby was also preceded in death by grandparents Edgar Lewis and Evelyn and Lucian Adkins.He is also survived by his grandmother Jean Adkins of Lucasville; and one brother, Tim Adkins of Bucyrus, Ohio.Graveside services will be conducted at 1 p.m. Tuesday, June 18, 2019 in Scioto Burial Park with Dr. Greg Hudson officiating. Arrangements are under the direction of the McKinley Funeral Home in Lucasville.  There will be no visitation.Bubby was known as The man, The myth, and The Legend. 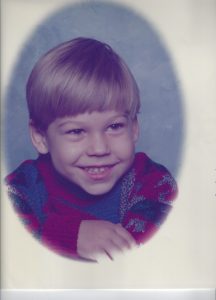