Linda Sue Davis, 69 of Lucasville died Sunday, June 9, 2019 at her home. She was born September 10, 1949 in Portsmouth to the late Robert L. and Mildred K. Fender Adkins. Along with her parents, she was preceded in death by 2 grandchildren; Brianna Davis and Haylee Swain.

Linda enjoyed being a Homemaker and later became a Teacher’s Aide at Sciotoville Community Schools where she was involved with the after-school program, she was a Den Leader with the Cub Scouts, and a member of the Northwest Band Boosters. She was a member of the Emmanuel Freewill Baptist Church, where she was a Sunday school teacher. She loved children.

Funeral services will be 11:00 AM Thursday, June 13, 2019 at the Roger W. Davis Funeral Home in West Portsmouth with Mike Dowdy officiating and interment in Scioto Burial Park. Friends may call at the funeral home from 5 to 8:00 PM on Wednesday and one hour prior to the service on Thursday. Condolences may be sent to www.rogerwdavisfuneralhome.com. 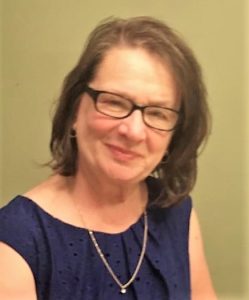