Gary J. Cheek 77 of Oak Hill, and formerly of Portsmouth and Wheelersburg, passed away Saturday, June 8, 2019 at SOMC Hospice. Born April 19, 1942 in Portsmouth, Ohio to the late Kermit and Myrtle (Holbrook) Cheek. He was a graduate of South Webster H.S., Class of 1960.  He first worked for Ideal Milk Company.  After completing the former Brice Lineman School, he worked as a lineman for the Columbus and Southern Electric Co. for about 15 years. During this time he pursued his life-long passion of racing and became one of the original builders of the Southern Ohio Speedway, with the opening race in June of 1967. Several years later, he also operated Skyline Speedway. He sold Southern in 1977 and a short time later opened Portsmouth Body Shop. In the mid 90’s, he re-opened Southern for about 5 years, then worked for Life Ambulance, painting and working on equipment.  Lastly, he worked at Portsmouth Raceway Park for a number of years until his retirement.  In addition to his parents, he was preceded in death by his young son Jamie and sister, Wanda L. Lemon.  Survived by son Spencer (Jenni) Cheek of Ashville; daughter Candy (Kevin) Wells of Portsmouth; granddaughters Lydia (Dan) Kuhlwein, Karina Cheek, and Allison Cheek; and Breelyn (Craig) Tackett, and Lynlee Wells. He is also survived by longtime companion Kay Gray of Oak Hill, her daughter Kelli (Shawn) Kearns and her granddaughter, Morgan.   The family will receive friends on Sunday, June 16th from 2 – 5 p.m. at Melcher-Hammer Funeral Home 1417 Offnere Street, Portsmouth Ohio 45626.  Private graveside service to follow. In lieu of flowers, memorials may be made to the Dewey Lykins Memorial Scholarship Fund (So Webster H.S. PO Box 100 South Webster, Ohio 45682); American Legion Post 471 (950 Gallia St, Portsmouth Ohio 45662); or SOMC Hospice Center (2203 25th St., Portsmouth Ohio 45662). 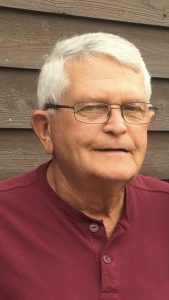